The BIS Speaks Again: The Latest on the Crude Oil and Condensate Export Ban

2014 was a year of intense debate – political, economic, and technical – over repealing or revising the federal law and regulations that essentially ban the export of US crude oil.  The issue took an intriguing turn on December 30.

While the rest of us were gearing down to celebrate the new year, the Commerce Department’s Bureau of Industry and Security (BIS) published guidelines in the form of answers to six FAQs in an effort to clarify federal law governing the export of crude oil and petroleum products.

In June of 2014, BIS had issued private rulings to Pioneer Natural Resources and Enterprise Products Partners, enabling them to export lease condensate that (presumably) has been processed in a field-located crude stabilizer.  We say “presumably” because BIS has never published its June rulings.

(A stabilizer is a type of simple distillation tower, illustrated in the exhibit at the end of this blog, used to process crude oil or condensate.  Field-located stabilizers serve to remove light ends that make the crude “unstable” and thus unsuitable for transport.)

After those private rulings, other producers and mid-stream operators requested similar private rulings, presumably based on similar processing routes, and one operator “self-classified” its condensate as exportable.  BIS had made no response – until the December 30 FAQs answers.

Though stealthy in timing and murky in language, BIS’s FAQs answers may have paved the way for increasing U.S. crude oil and lease condensate exports under existing law.  But discerning the implications of BIS’s December 30 statement requires familiarity with the existing law governing crude oil and product exports, the statement itself, and technical aspects of crude oil distillation.

What Is the Existing Law?

Crude oil is subject to export controls[1], which BIS administers.  These controls effectively ban the export of crude oil (including lease condensate), with some exceptions.  Of these, only one – allowing crude oil exports to Canada – is significant in terms of volume.  Refined products (including plant condensate) are not subject to export controls and may be exported without a license.

Crude oil is “a mixture of hydrocarbons that existed in liquid phase in underground reservoirs and remains liquid at atmospheric pressure after passing through surface separating facilities and which has not been processed through a crude oil distillation tower.  Included are reconstituted crude petroleum, and lease condensate and liquid hydrocarbons produced from tar sands, gilsonate, and oil shale. Drip gases are also included, but topped crude oil, residual oil, and other finished and unfinished oils are excluded”. [Emphasis added]

Petroleum products are liquid hydrocarbons that have been processed through a crude oil distillation tower. [Emphasis added]

Distillation is defined as the process of separating a mixture of components according to their differences in boiling point.

What Did BIS Say on December 30 Regarding Crude Exports?

BIS’s statement focused on one key question: consistent with existing law and in the judgment of BIS, how much distillation is enough to transform crude oil and lease condensate (not exportable) into petroleum products (exportable)?

Here (in slightly edited form) is what BIS says (in FAQs Answer 4) regarding “what is required for liquid hydrocarbons to have processed through a crude oil distillation tower” (i.e., to be deemed a petroleum product).

Processes that utilize pressure reduction alone to separate vapors from liquid or pressure changes at a uniform temperature, such as flash drums with heater treaters or separators, do not constitute processing through a crude oil distillation tower. Crude oil processed through such equipment remains classified as crude oil.

The factors BIS will consider in . . .determin[ing] whether the product has been “processed through a crude oil distillation tower” include . . .:

(1) Whether the distillation process materially transforms the crude oil, by using heat to induce evaporation and condensation, into liquid streams . . . chemically distinct from the crude oil input;

(2) The change in API gravity between the input . . . and the output of the process;

(3) The change in percentage of different types of hydrocarbons between the input and output of the process;

(4) Whether the streams resulting from distillation have purposes other than allowing the product to be classified as exportable petroleum products, such as use as petrochemical feedstock, diluent, and gasoline blendstock;

(5) Whether the distillation process utilizes temperature gradients and has significant internal structures, such as trays or packing, and differentiated output streams;

These factors are not intended to be categorical or exhaustive.  . . . BIS will look at the particular circumstances of each application to determine whether the output of a process can be considered a petroleum product under the current regulatory definition.”

Remember, I said it was murky.

Note that (i) distillation in a “crude distillation tower” is the key determining factor; (ii) all the determining factors are couched in descriptive, non-quantitative terms; (iii) no technical requirements or specifications, such as volumes processed, tower design parameters, or product standards (e.g., RVP, API gravity), etc., are mentioned; and (iv) lease condensate is not mentioned explicitly.

What Are the Implications for Potential Exporters of Condensate?

Behind the bureaucratic murk, one can discern reasonably clear guidelines for the facilities needed to transform crude oil into material that will classify as exportable.

All of these requirements can be met by a suitably designed crude or condensate stabilizer tower or by a condensate splitter.

In other words, for a would-be exporter to have its product(s) classified as exportable, it must demonstrate to BIS that it is processing its crude oil through a purpose-built or revamped stabilizer tower that meets the above criteria.  (Presumably, the Pioneer and Enterprise applications satisfied these guidelines.)

BIS’s guidelines apply to all crude oil, not just to lease condensate.  However, market conditions dictate that most of the applications for EAR99 classification will be for field condensate, most of which now flows into the Gulf Coast refining center.  For economic reasons, the industry’s interest in exporting crude oil focuses on condensate and ultra-light crudes.  BIS’s December 30 publication appears to have opened a route by which U.S. producers can export – under existing federal law – those crude (and condensate) streams that they most wish to export.

And Let’s Have a Shout-Out for BIS

Our take is that BIS has done as much as it can under existing law to facilitate crude oil exports, and it has done so in a shrewd way.

The new guidelines are consistent with and explain BIS’s private rulings for Pioneer and Enterprise.  The guidelines are clear enough to indicate to those in the industry what they must do to secure EAR99 classification for their crude oil or field condensate.  At the same time, the guidelines are obscure enough to (i) preserve BIS’s role as the gatekeeper for petroleum exports of all kinds and (ii) delay the recognition by some policy makers and advocacy groups that the crude oil export ban is now relaxed. 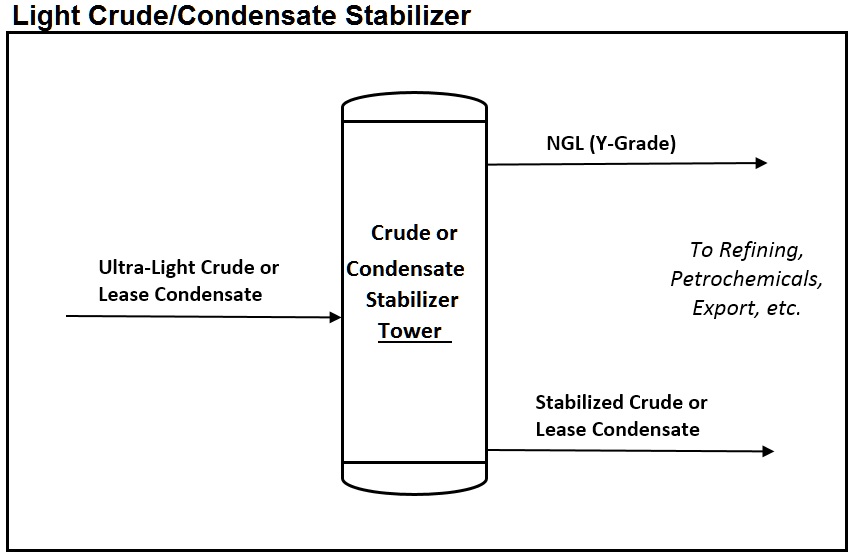